Johnny Depp is Selling NFTs of His Own Paintings

Johnny Depp is one of the most revered actors in the world. He’s also a pretty good painter. With the actor short on roles right now due to the controversy surrounding his divorce, he’s taken to painting. More than that, he’ll be selling them as NFTs. That’s right, Johnny Depp is selling NFTs of his own paintings.

He’s calling them the “Never Fear Truth” NFTs. You can purchase them here. You will also get a high-resolution physical edition that can be redeemed just once.

Depp has said that he uses his painting to express his feelings, which is pretty standard for any artist. He’s used his canvas to paint 60s-style Andy Warhol-esque paintings of his friends and heroes. Among them are Health Ledger and even a self-portrait.

However, he feels that keeping the paintings to himself would be to limit them. To remedy that, he’s selling their NFTs. The paintings number over 10,000! 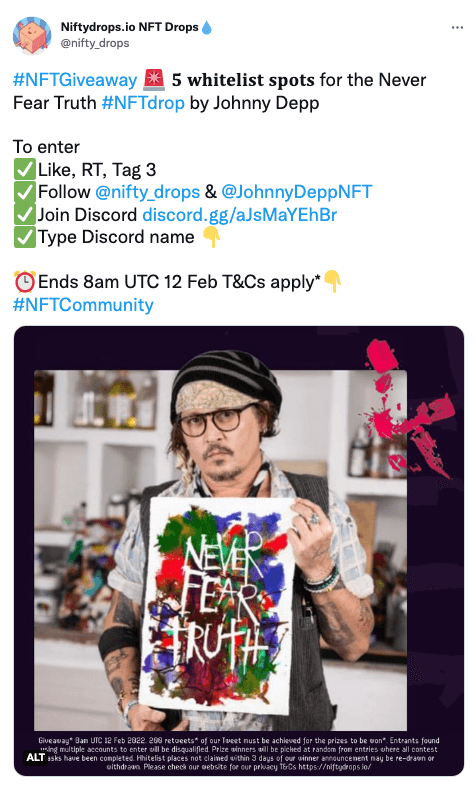